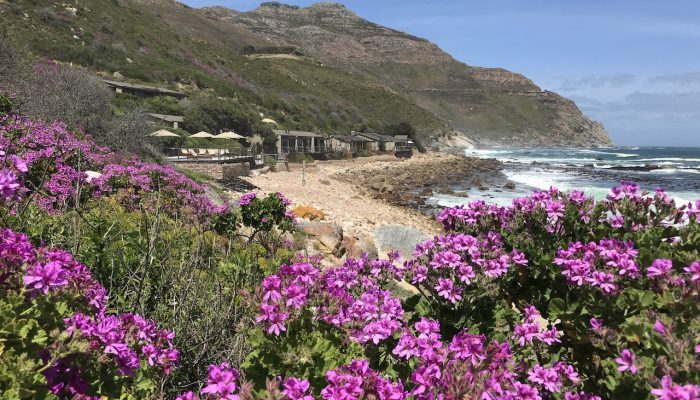 It was a crisp spring morning at Tintswalo Atlantic—a day when all the purples and oranges on the mountain seemed to be flowering at once; as if they had all agreed that today was the day for their colour to shine.

“It’s the perfect morning to be looking at the flowers!” said Johann October, my guide, as we set off along a footpath that wound along the mountainside above the lodge. The deep blue bowl of Hout Bay provided a dramatic backdrop as we made our way along the contour that hugs the Chapman’s Peak. 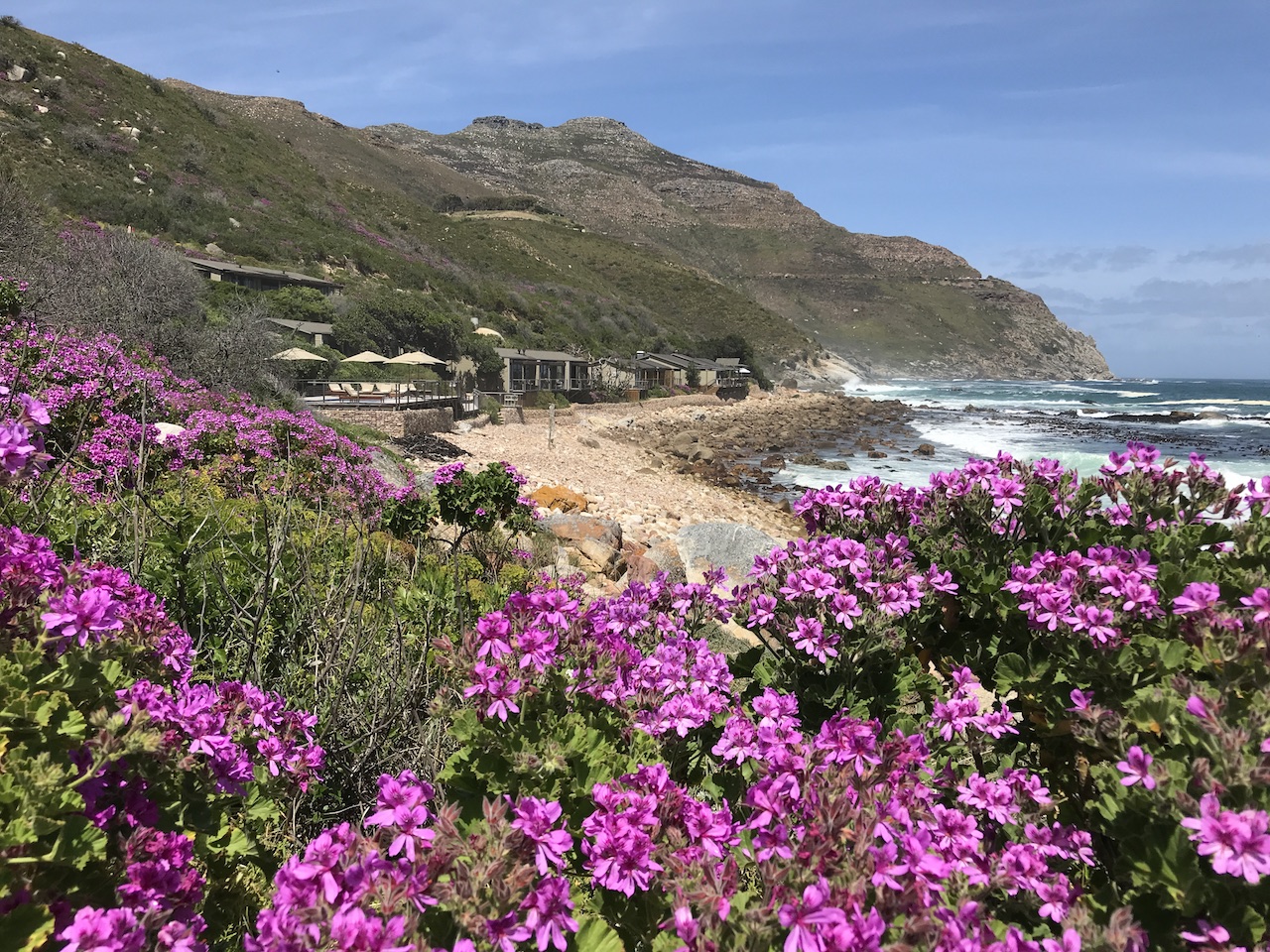 We could hardly walk more than three paces before he was down on his haunches, swooning over a tiny little red flower on the side of the road.

“There are more than 10 species of plants within meters of us”, he said, explaining how the Cape Floral Kingdom is one of the richest and most diverse plant habitats in the world.

“This plant,” he said, pointing to a leafy shrub. “The leaves of this plant are a fantastic remedy for stomach aches.”

Johann is a descendant of the Khoi people of South Africa, one of the oldest lineages of people on earth. They were the first indigenous people that Europeans met on arrival at the southern tip of Africa in the 1600s, and their knowledge goes back many thousands of years. Johann’s history and his passion for plants gives him a unique ability to translate the knowledge that he says was verbally passed down through the elders in his community.

“My grandmother was a Khoi woman,” he explained, “and my father was a slave from the Indies. Much of the knowledge of the wilderness has been passed down from my grandmother, to my father, and uncle, and to me,” he said. 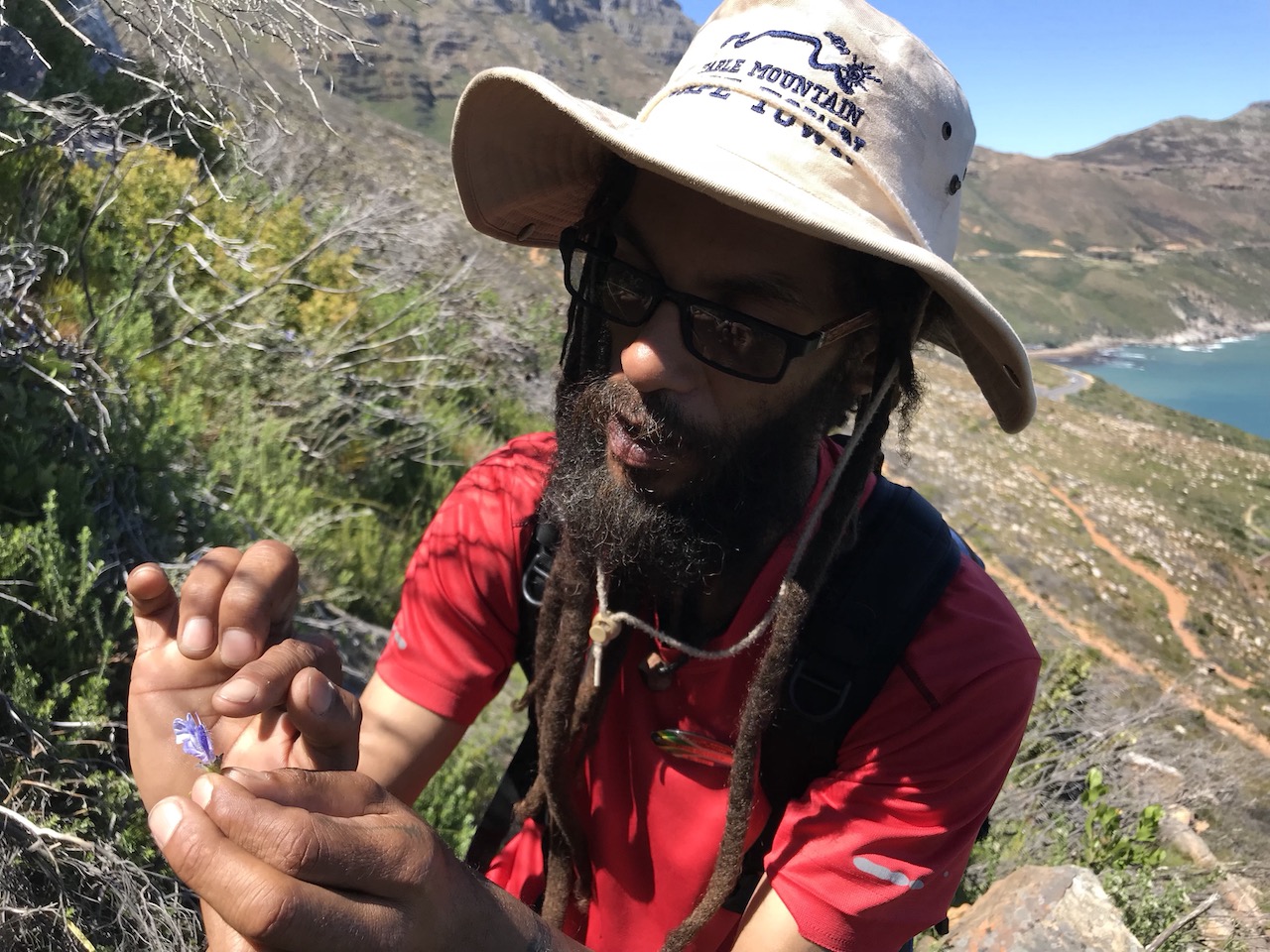 Johann bounded up ahead, and already had a small purple flower it in his hand by the time I caught up.

“Suck the base of the flower,” he instructed while handing it to me. As I did, a burst of fresh minty sweetness exploded out of the flower. “Tasty, right? We used to find and suck these as kids.”

“The fynbos ecosystem really is a magical place,” he explained. Between September and November, 60% of fynbos plants flower, and today did not disappoint, as Johann carefully pointed out each stunning flower that shimmered on the mountainside and explained their uses—cures for headaches; nausea remedies and plants for all sorts of practical uses.

Below is a collection of some of the amazing flowers and plants that we saw along the trail above Tintswalo. 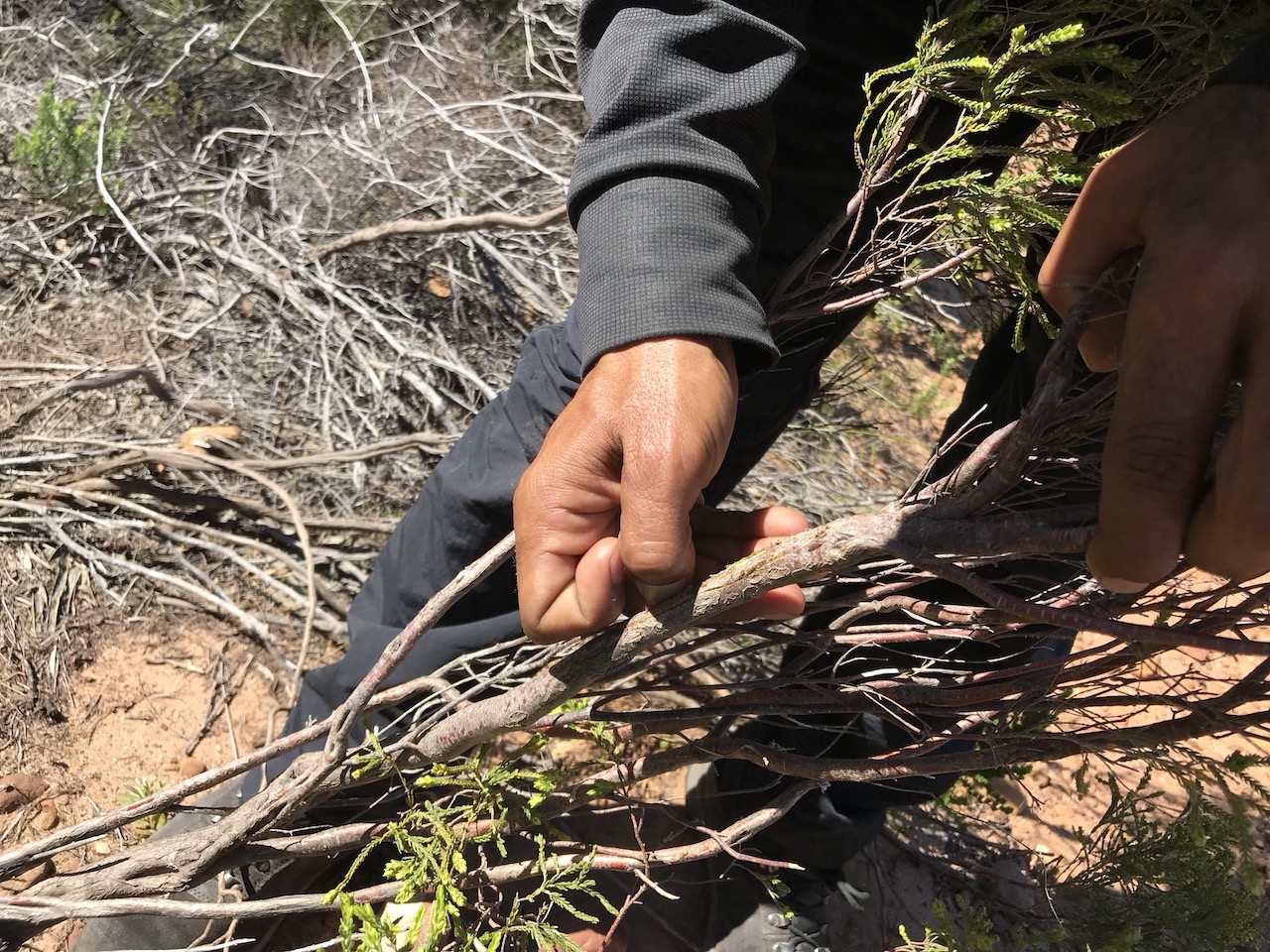 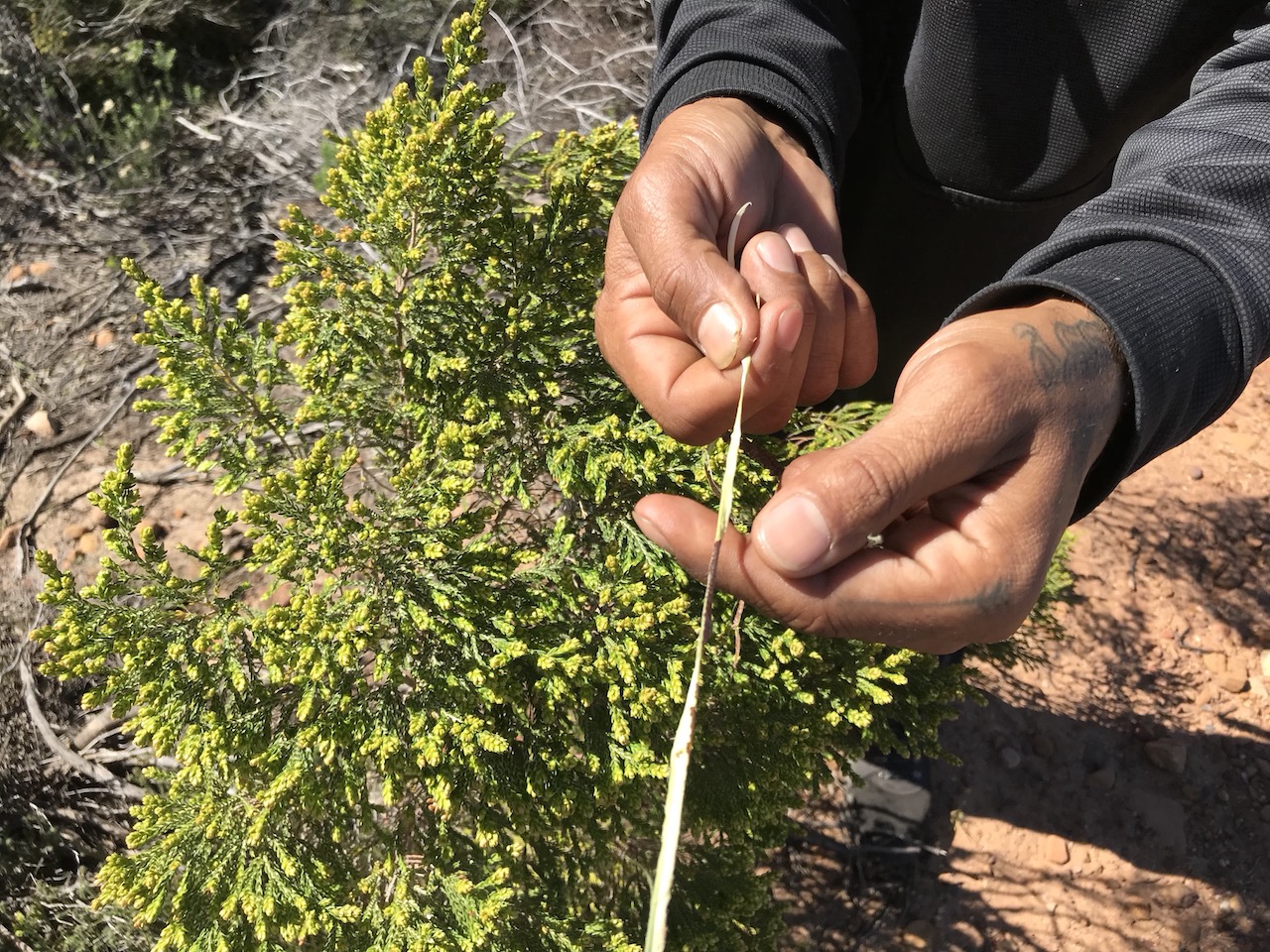 Gonna bush
Passerine corymbosa
The bark of this plant was used by the Khoikhoi as a ‘string’ for the hunting bow. You peel the bark off the branch and wind it extremely tight, and then use on of the branches of the same bush for the bow. 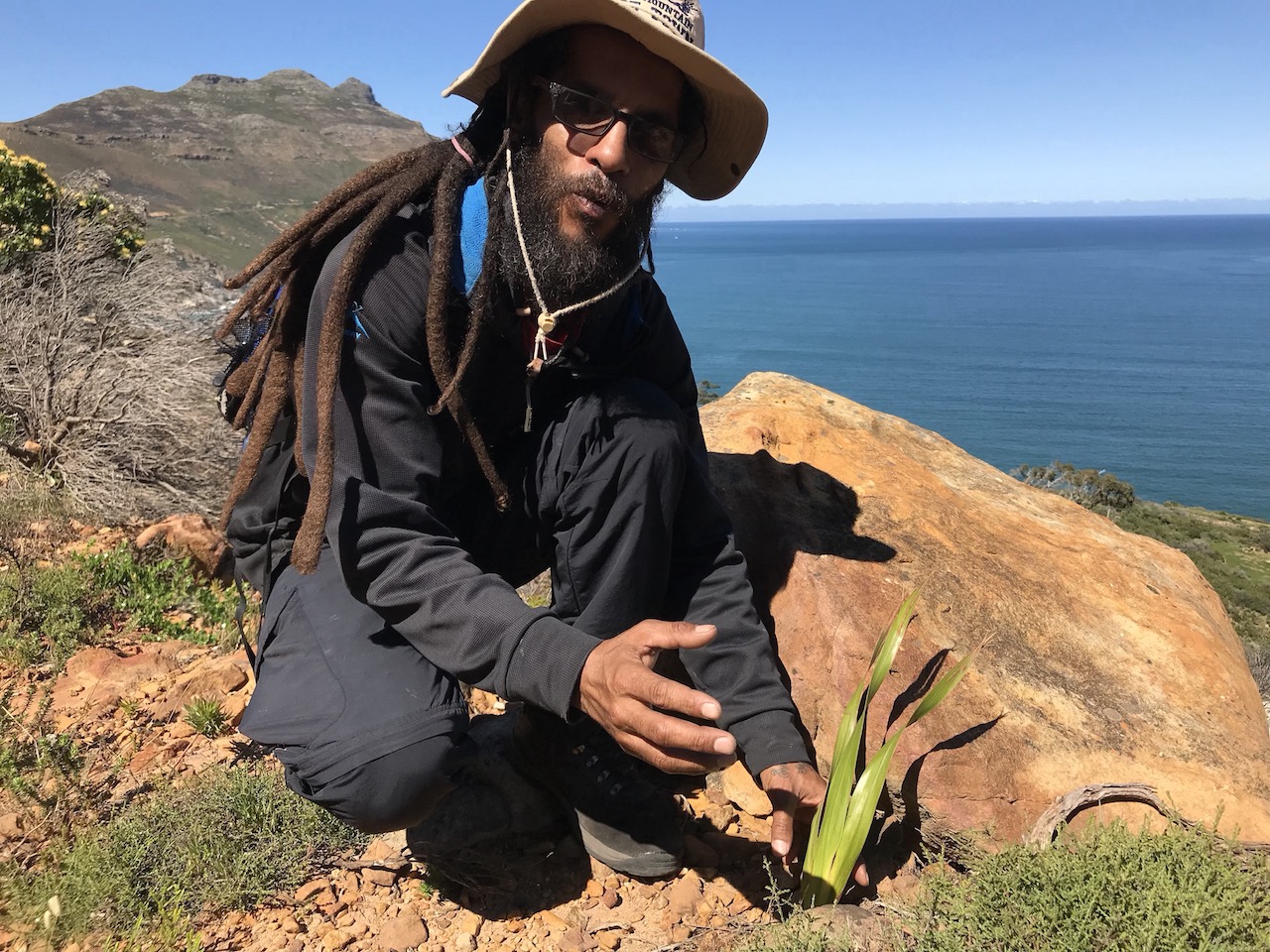 Table Mountain Watsonia leaves
Watsonia tabularis
The leaves were used by the Khoi to weave bedding. If a man sleeps on it, it’s called a karob, if a woman sleep on it, its called a karros 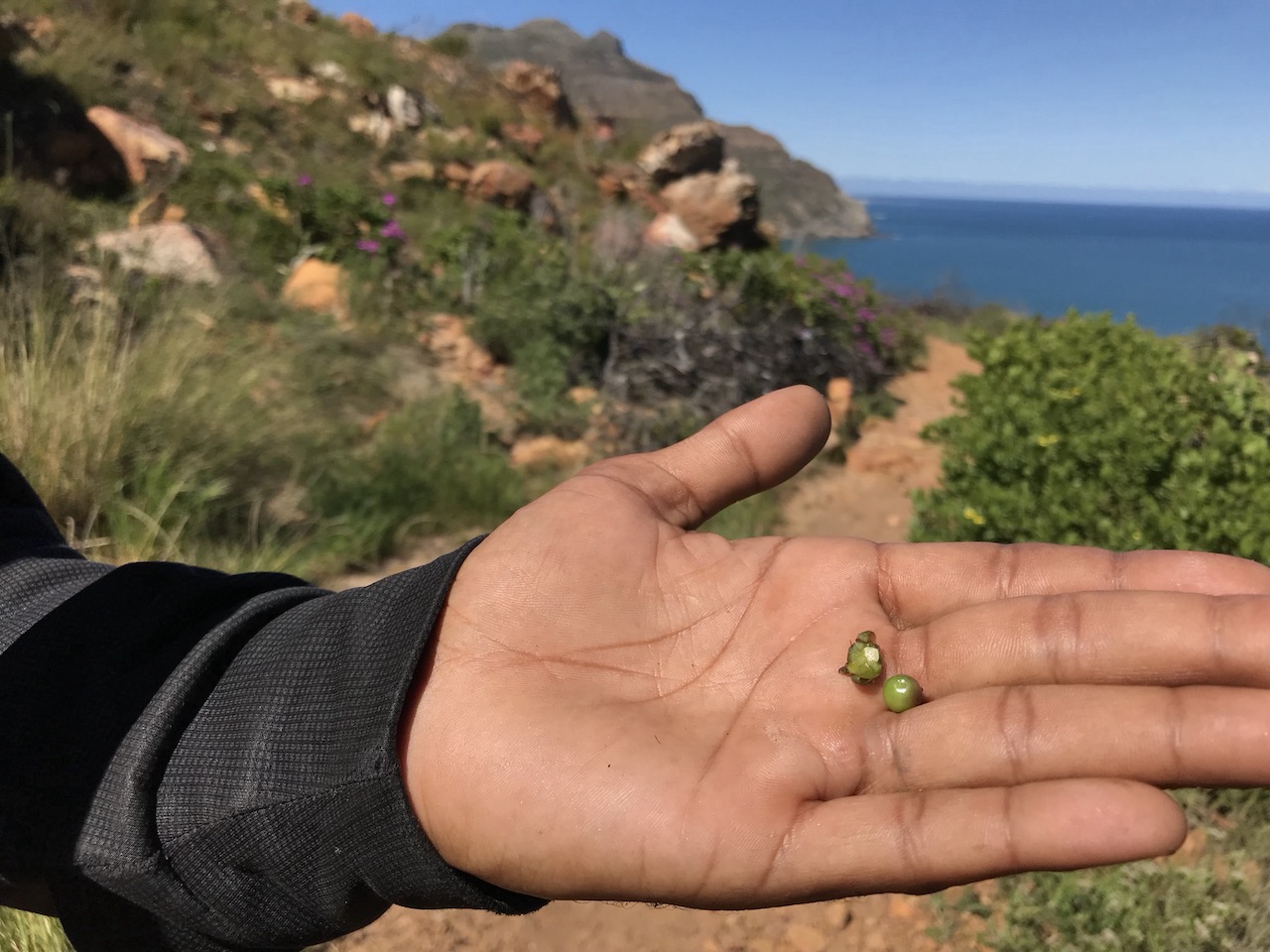 Common tickberry/ Bietou
Chrysanthemoides monilifera
This berry was used to make an alcoholic beverage by the Khoikhoi, by adding some water and lots of honey 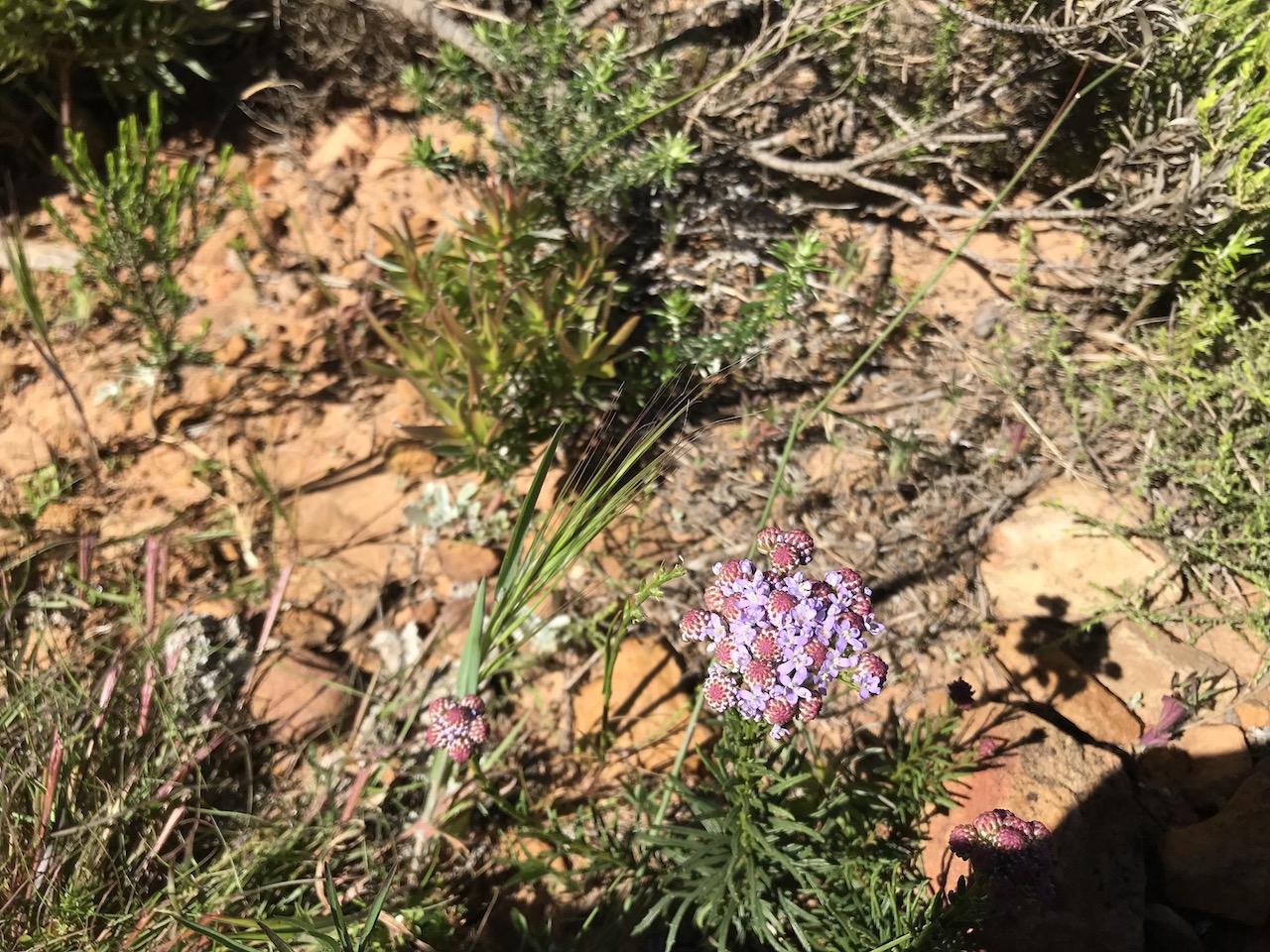 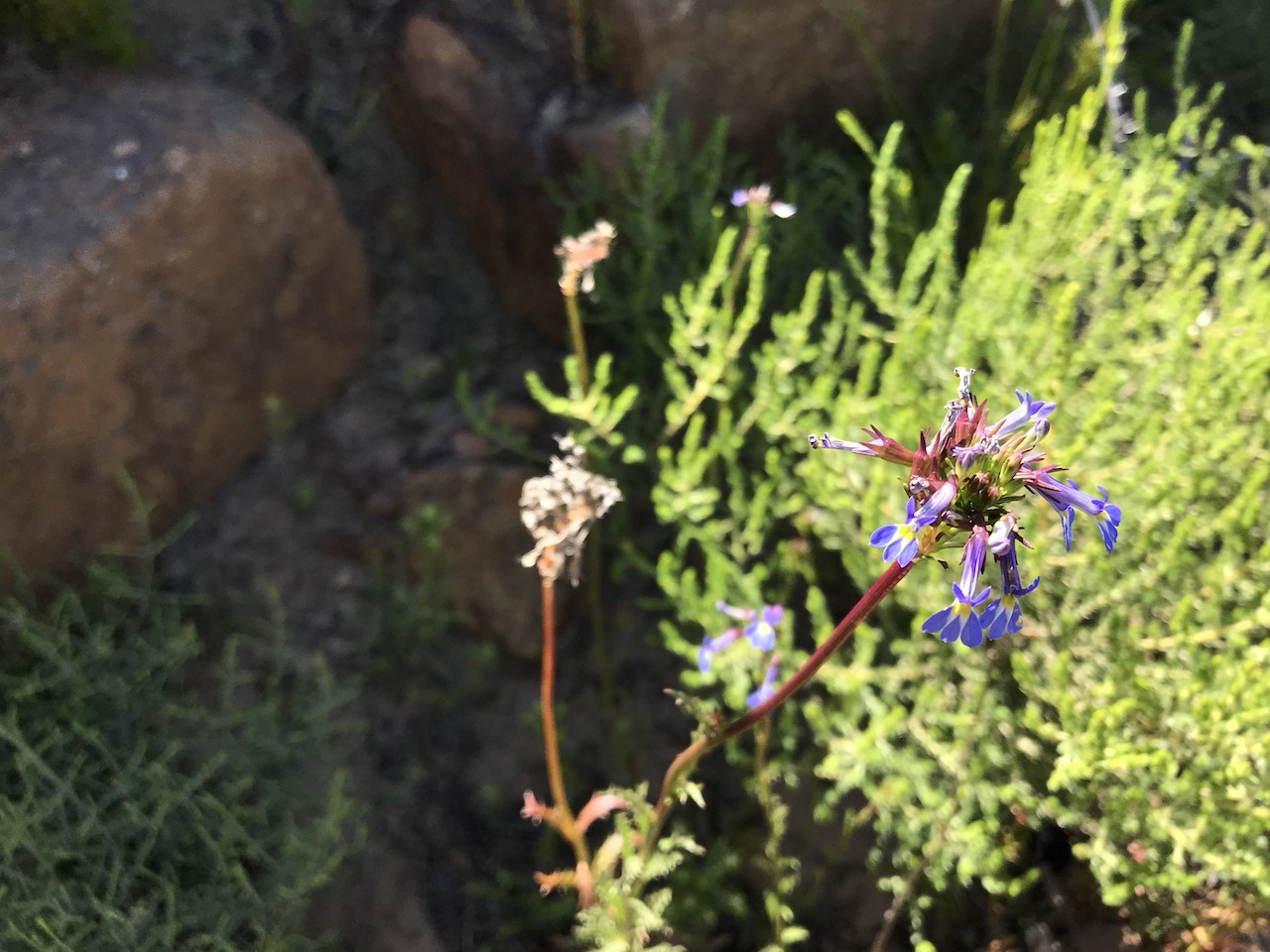 Johann offers regular hikes for guests of Tintswalo Atlantic, which can be arranged by lodge managers on arrival, or with reservations team in advance of arrival.