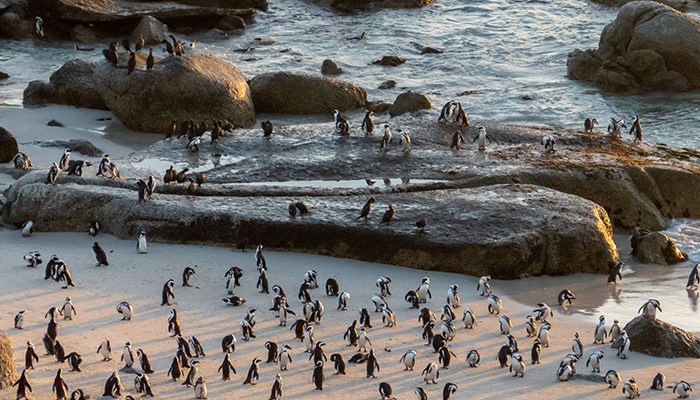 It’s breeding season at Boulders, and that means hundreds of little chicks are emerging from their holes in the sand in front of our lodge, and calling out to mum for food.

It’s a special time to visit the penguins (or just watch them from your balcony at Tintswalo), as you really get to see how the family units operate and how much work the mothers and fathers need to do to keep their chicks in line, protect them from predators and feed them — all day long.

Penguins are a lot like us in that they mate for life, breeding with a single partner and caring for the chicks as a team. Down on the boardwalk, you will see the nests along the beach and in the coastal forest; and it’s amazing how close you can get to them — a real treat for the kids.

In fact, it’s not uncommon for the family units to nest inside our gardens at Tintswalo, meaning you don’t really need to leave the property to see how these enigmatic birds live and breed. 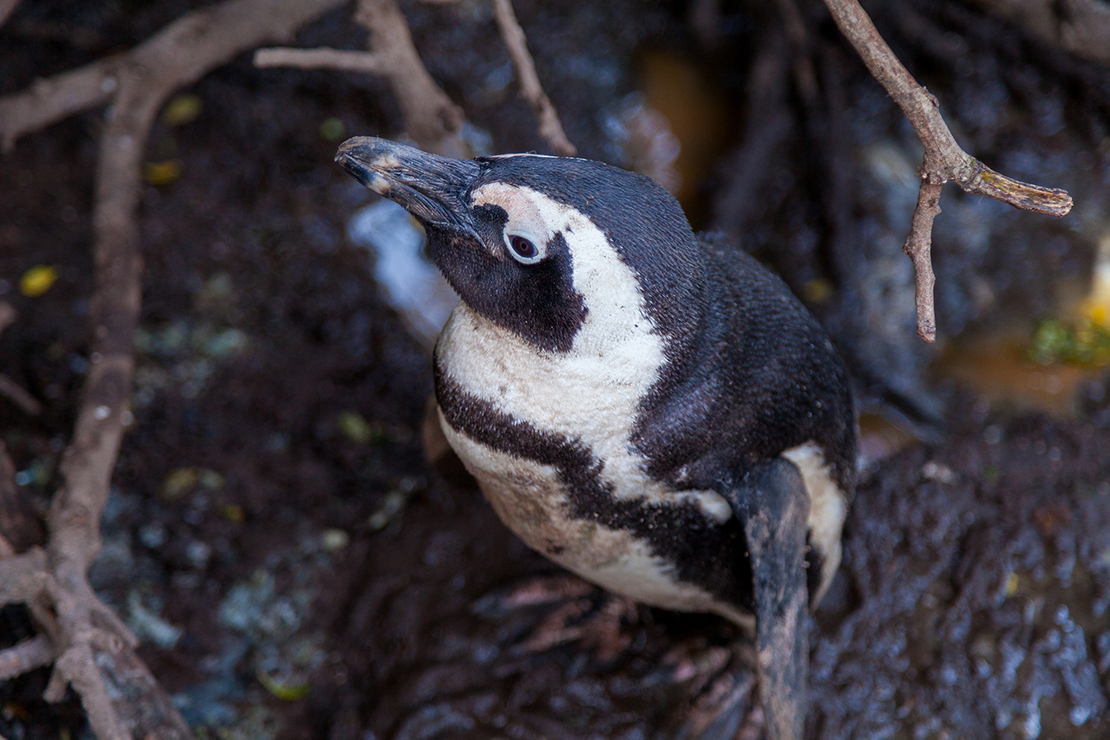 African penguins construct their nest together using various oddments like pebbles, bones, seaweed, wood, and even fishing line! The loud “braying” call of the males sounds like a donkey, and is most intense during the early part of the breeding season, giving rise to its original name, the Jackass Penguin.

After three weeks on land the female normally lays two eggs, two days apart. Incubation is shared and while one guards the nest, the other will be out feeding — for between one and two and a half days. Their enemies in the ocean include sharks, fur seals and, on occasion, killer whales! Land-based enemies include mongoose, genet, domestic cats and dogs – and the kelp gulls which steal their eggs and new born chicks. Their distinctive black and white colouring is a vital form of camouflage – white for underwater predators looking upwards and black for predators looking down onto the water. 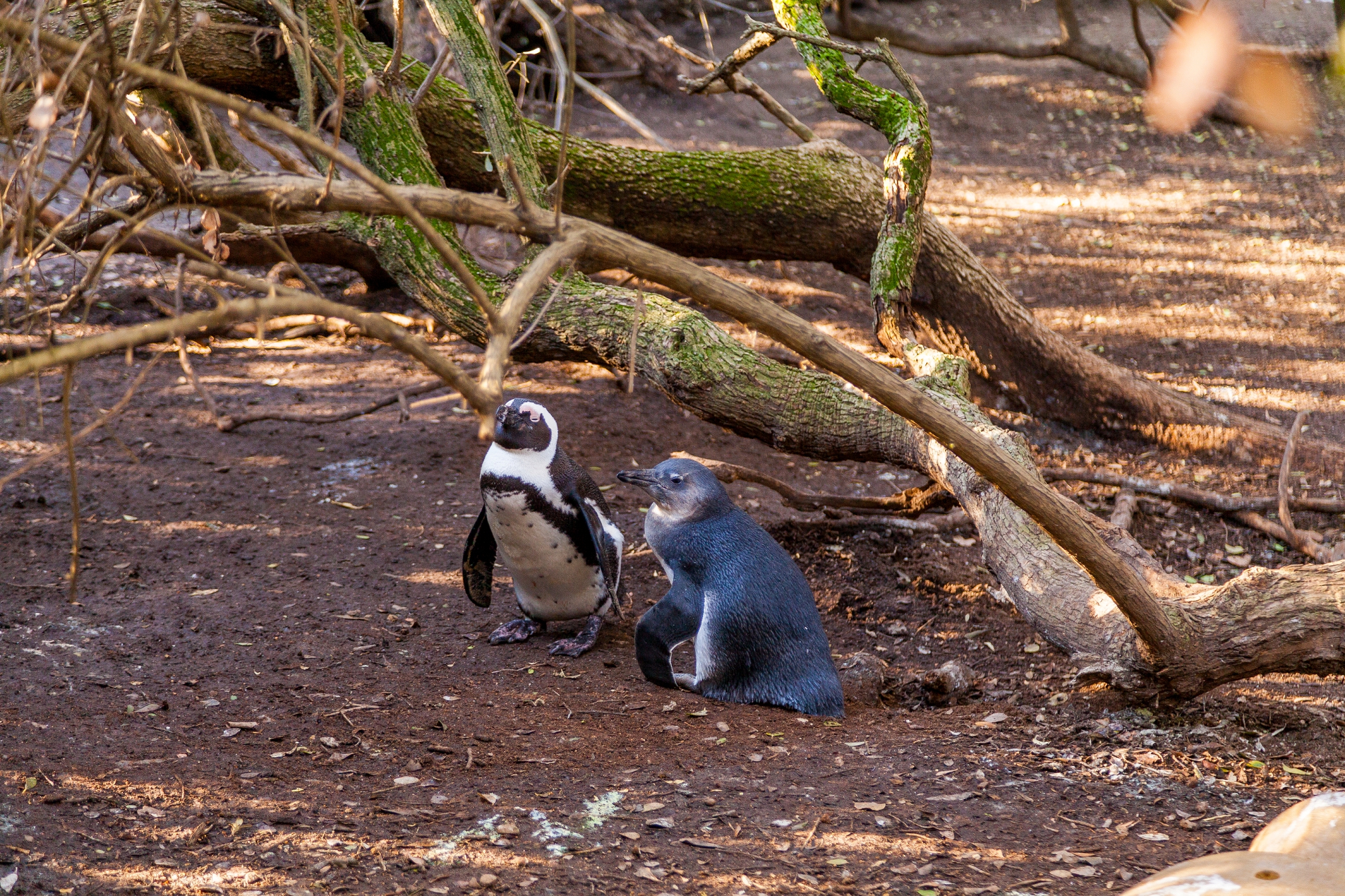 If nests are approached too closely, the adult turns its head from side to side warning of an attack. In about 90% of successful breeding attempts, only one of the chicks will fledge (leave the nest) as most parents are simply not able to supply enough food. In years of abundant food supply both may make it while in years when food is scarce, mass desertion of nests and chicks has been recorded.

The peak of the breeding season tends to be between March and May, and its best to visit the sites during dusk and dawn when the penguins are most active and when mum and dad are back from their fishing expeditions.

While Boulders has thousands of penguins to look at — a real sanctuary for these amazing birds — the African penguin population is undergoing a population decline. 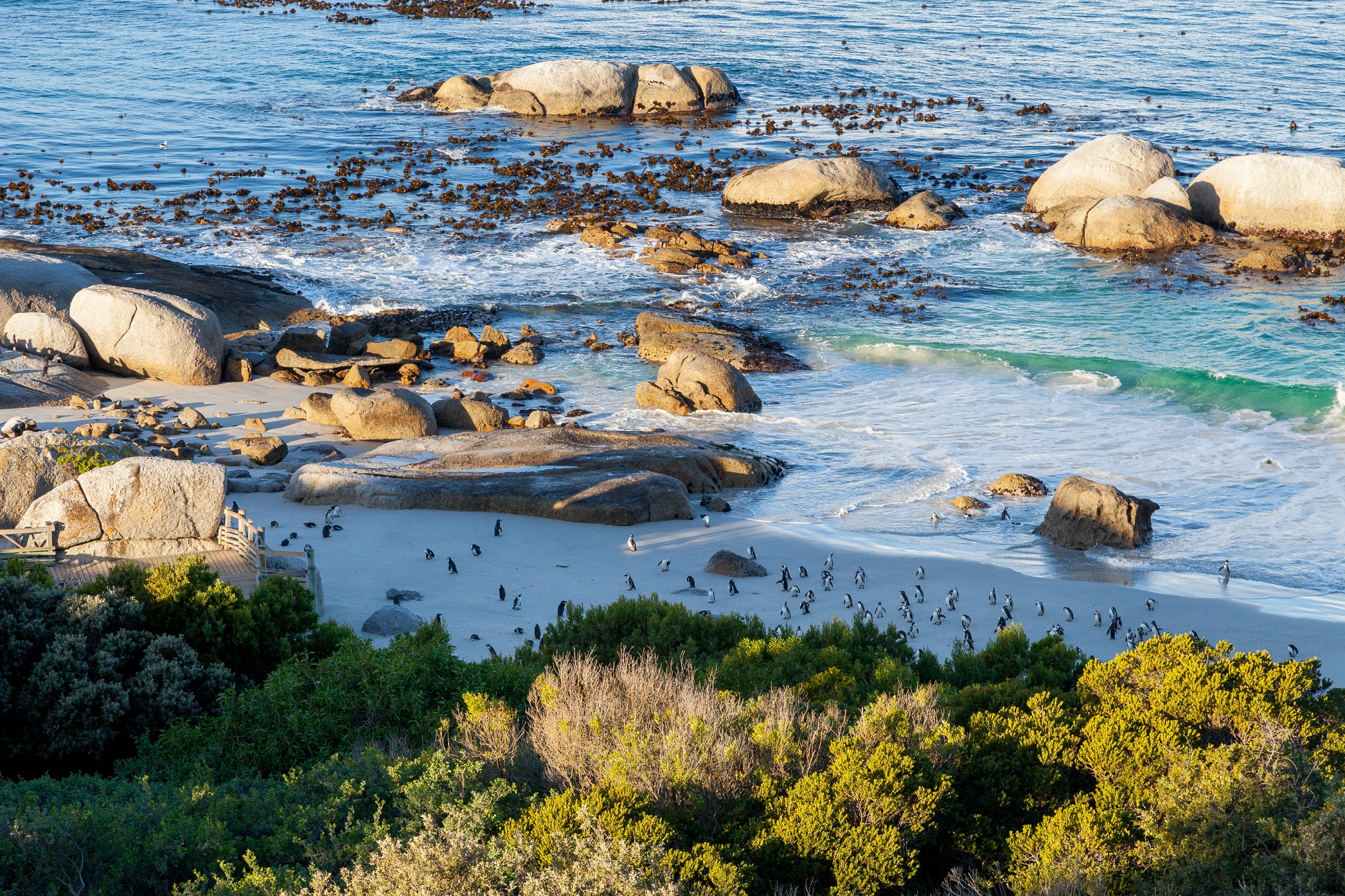 Several management actions that have been implemented to conserve the African penguins include formal protection of breeding colonies by converting areas with known breeding sites into nature reserves and national parks, prohibiting the collection of guano and eggs, establishing marine protected areas where fishing is prohibited, ongoing research to monitor population trends in relation to prey availability and disease outbreaks, active management of population sizes of predators, artificial care of abandoned chicks, providing artificial nests and rehabilitating sick birds.

Tintswalo is also supporting all conservation efforts at the famous Boulders breeding site and colony through tourism. When guests visit the lodge, every fee they pay to go into the reserve is contributing to the long term protection of these wild birds, to ensure they have many breeding seasons to come.