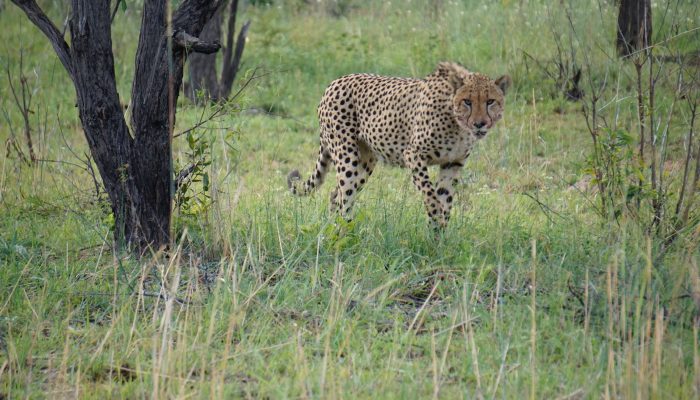 The game viewing has been so spectacular over the festive season, and it’s a fitting tribute to a wonderful year of change at Lapalala.

With the introduction of new species such as lion and cheetah, and the blossoming of our beautiful new lodge in this vast wilderness, it was just perfect to see so many animals coming out to enjoy the green season. We are well into the summer rains, and the animals were out in their numbers; ensuring some thrilling and exciting game drives. All this excitement just added to the atmosphere of a memorable New Year’s dinner under the African night sky. 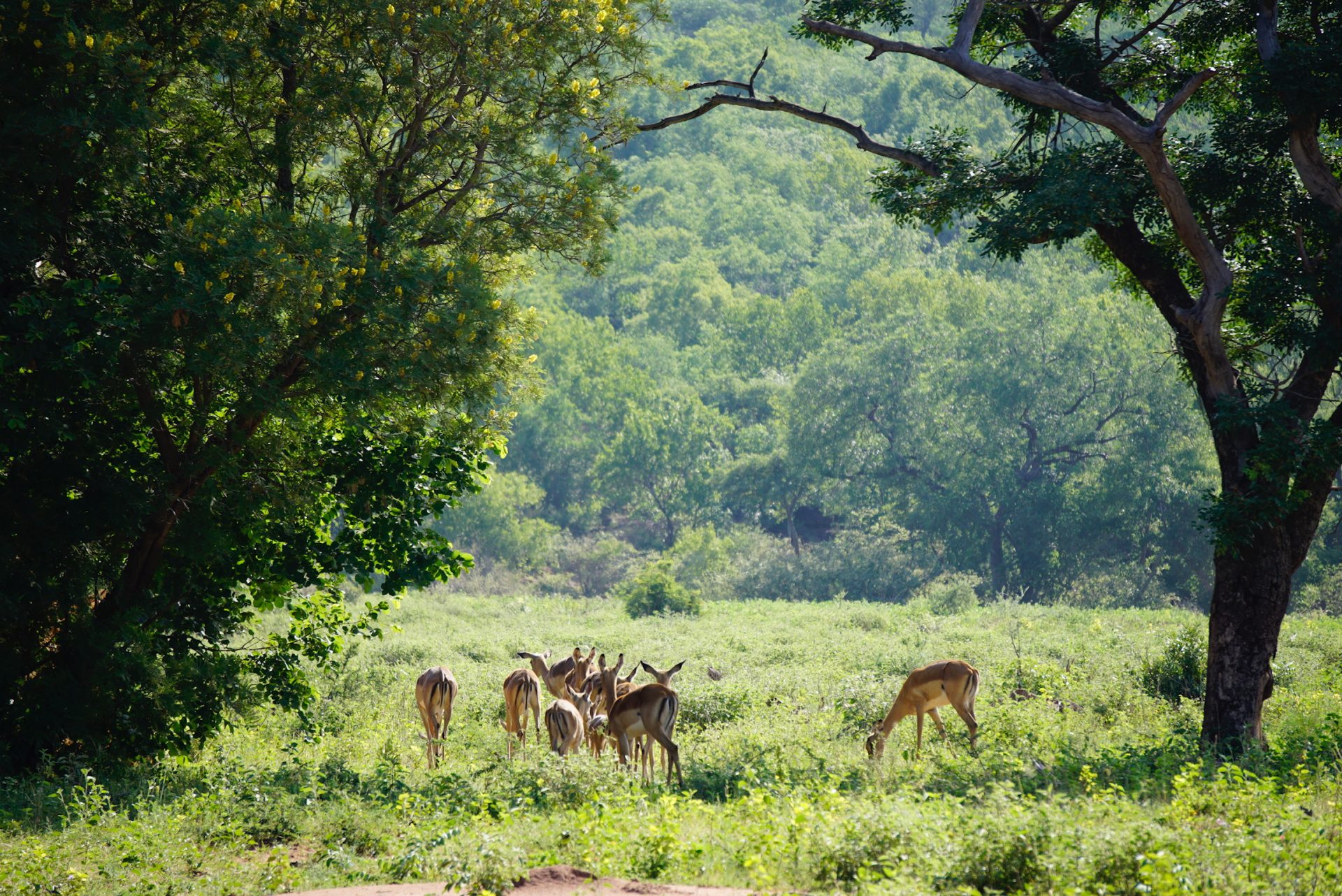 The lions were the stars of the show over Christmas, and they are looking very healthy and happy and ready the year ahead. The big male has been spending most of his time with the southern females — showing that he still is the big boss of Lapalala and that he will do everything to protect his small pride of females.

The young male lion was seen around the lodge a few times, but moved up north over the last month. We had one of the northern females around Tintswalo for more than a week. She also decided to take a stroll through the staff village — just to make a kill on the western side of the lodge not more than 300m away! We found her again the next day, far away from her kill. 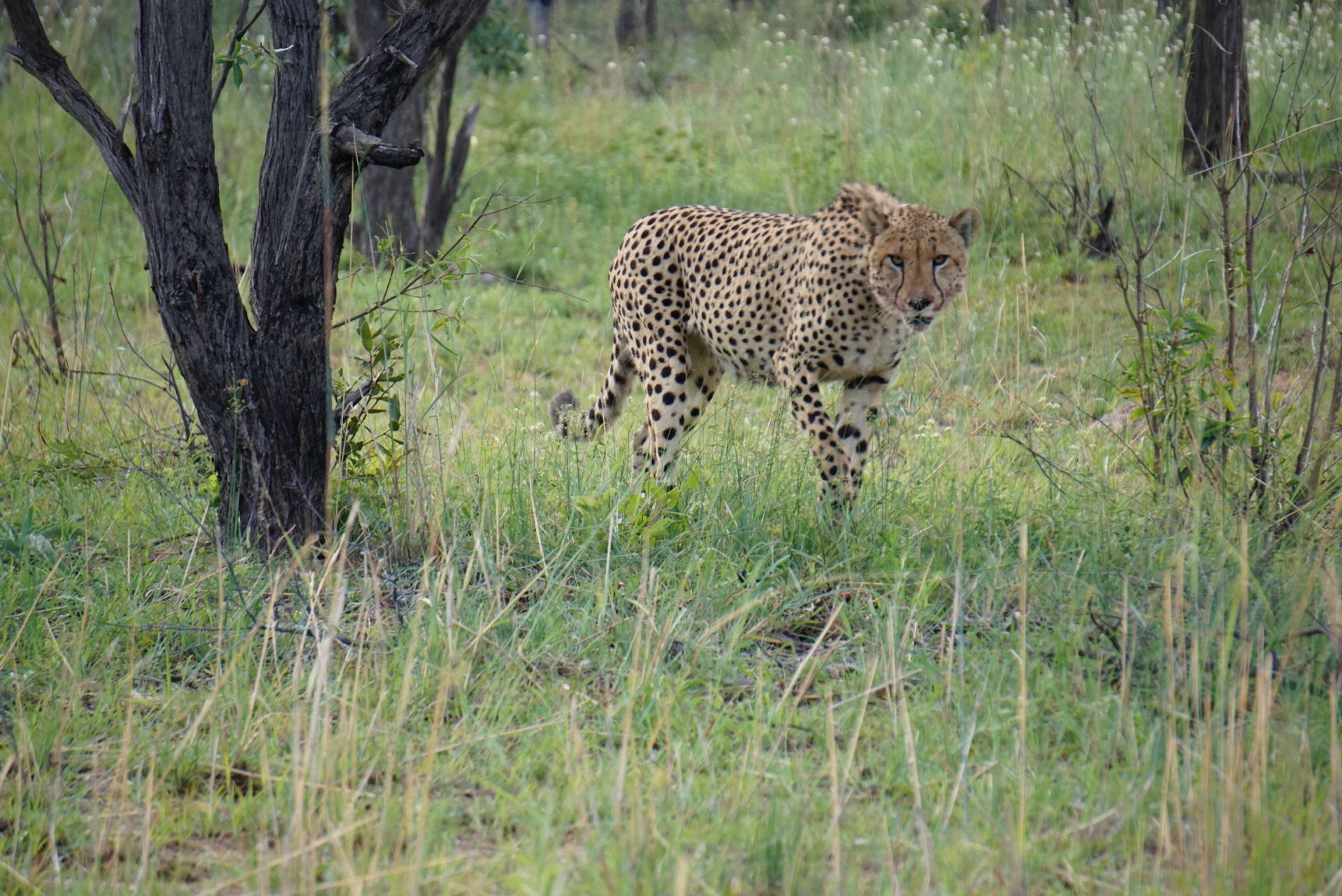 We spent some quality time with our cheetahs in the south but they decided to move back into the vast and wild north of the reserve to check the perimeters of their territory. The other two males have spent most of the last two months in the west; very close to the lions. Thankfully — no altercations were recorded and all still look healthy. We enjoyed an incredible sighting of the first two females when they really put on a show for the guests as they walked past the vehicles.

In 2019, the first of the big herd of buffalo was released, and they have spent a lot of time around the dam area. It’s been great fun seeing them interact with each other; and it’s been wonderful to see buffalo more often. They arrived at Lapalala at just the right time as the rains fell; so food has been really abundant. 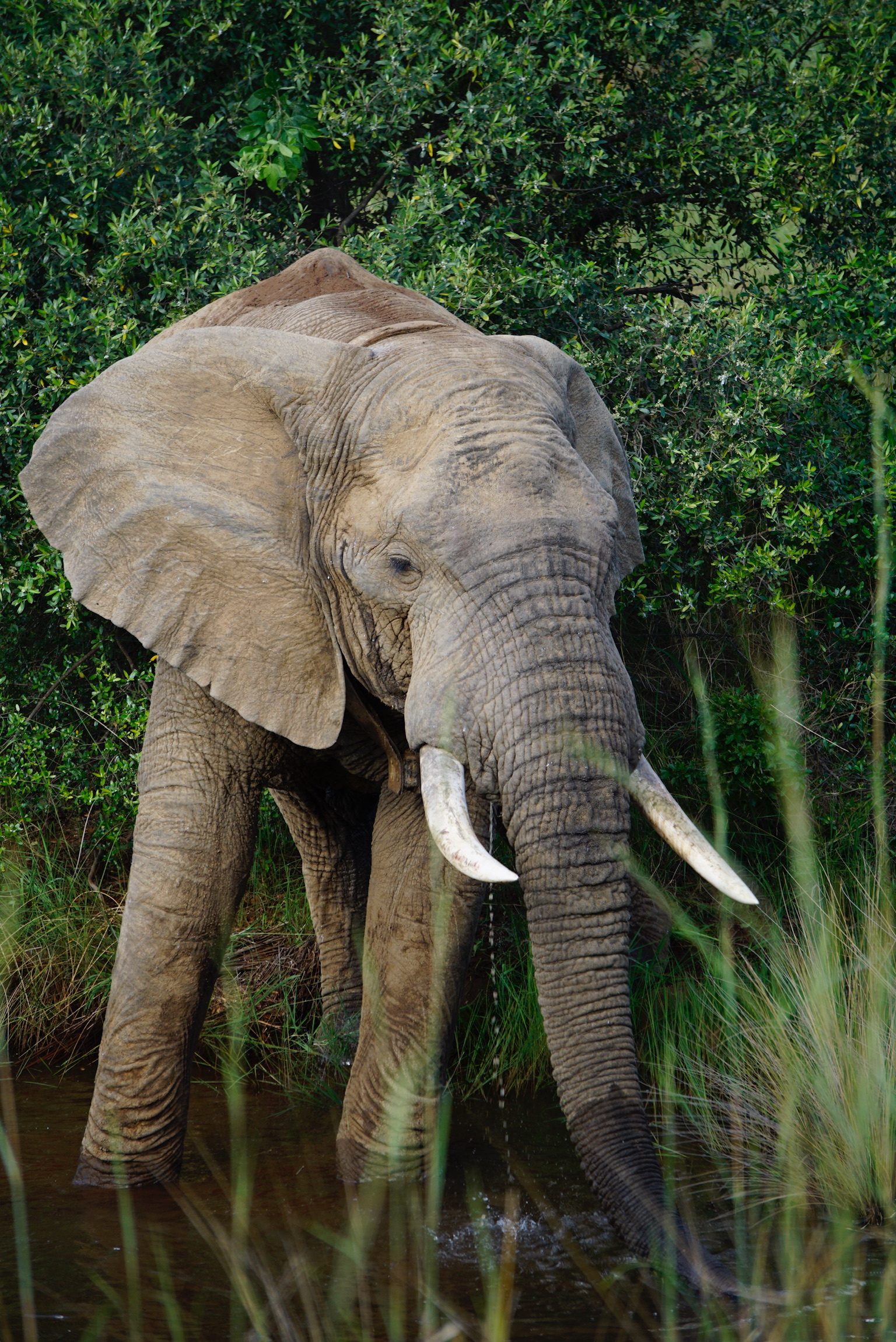 New Years Eve brought the most wonderful surprise when, shortly before sunset, the elephants made a rare appearance; along with a baby calf! The herd spent some time feeding around the vehicle — not paying us much attention — when suddenly two of the bulls gave us an amazing dominance display. They shoved and pushed and puffed and swayed as they tried to show which bull was bigger and stronger.

As the sun went down on 2019; we sat with the elephants and gave thanks for such a spectacular year at Lapalala. We look forward to a wild and wonderful 2020.